Stephan Stach (Institute of Contemporary History, Czech Academy of Sciences) During the 1950s and 1960s a number of books on the Holocaust appeared in the German Democratic Republic. They had their origins in the Jewish...

Wolfgang Schellenbacher (University of Vienna / EHRI) The political exile of Austrian Socialists in Czechoslovakia in 1934 is different from other refugee movements in central Europe at that time, most noticeably because...

Ilana Miller (University of Chicago) Was there such a thing as “Jewish popular culture” under communism? In this presentation, I use data collected from the publishing and film industries to examine moments of increased...

Imre Kertész, the „Medium of Auschwitz“

Clara Royer (CEFRES, Prague) To Imre Kertész, “Auschwitz” was the “Ecce homo” of two thousand years of European Christian culture. Such collapse of the so-called humanist culture led him to undertake a radical...

Concierges of Budapest as Ordinary Profiteers of the Holocaust in Hungary

Istvan Pal Adam (CEFRES, Prague) During the Second World War, Budapest concierges (in Hungarian, házmester, in Czech, domovník) were a link between the authorities and most Jewish citizens living in the city. This role... 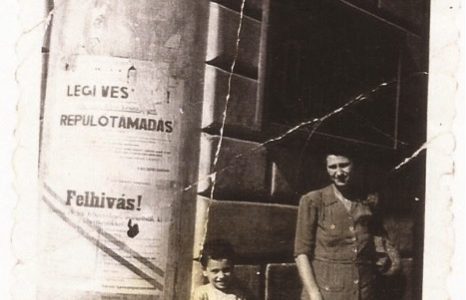 Éva Kovács (Wiesenthal Institute for Holocaust Studies, Vienna) The Case of the Hungarian-Jewish Slave Labourers in Vienna (1944-45) In the past two decades, thanks to the opening of the digital collections in the... 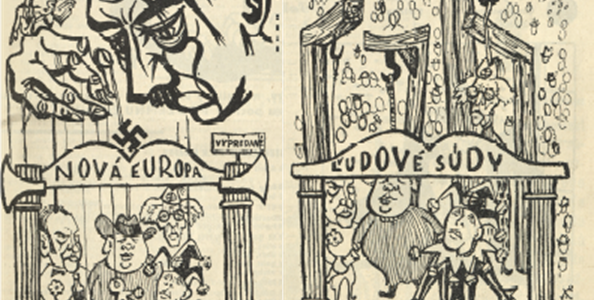 Concerning Retribution: The Holocaust on Trial in Slovakia, 1945–48

Michala Lônčíková (Comenius University, Bratislava) Similarly to other European countries that, immediately after the war, were facing the aftermath of German occupation and collaboration, a system of retributive justice...

Solving the Housing Crisis: The Eviction and Resettlement of Jews in the Protectorate of Bohemia and Moravia, 1939-1942

Benjamin Frommer (Northwestern University, Evanston) By the time the Jews of Bohemia and Moravia boarded transport trains for the Nazi ghettos in Theresienstadt and occupied Eastern Europe, many, if not most, of them had...

Olga Sixtová (Charles University, Prague) What factors and who determined the literature to be published in early modern Jewish Prague? Like their readers, the publishers of Jewish literature (often not the same people...

During the pandemic the seminar is taking place only virtually as a zoom session. The language of the seminar is English. The seminar is organized by Kateřina Čapková (Institute of Contemporary History), and Michal Frankl (Masaryk Institute and Archive). Since 2018/2019, they cooperate with the Prague Center for Jewish Studies at the Charles University. Your suggestions of speakers should be sent to either capkova@usd.cas.cz or frankl@mua.cas.cz.