Prague’s magnificent synagogues and Old Jewish Cemetery attract millions of visitors each year, and travelers who venture beyond the capital find physical evidence of once vibrant Jewish communities in towns and villages throughout today’s Czech Republic.  For those seeking to learn more about the people who once lived and died at those sites, however, there has until now been no comprehensive account in English of the region’s Jews.

Prague and Beyond presents a new and accessible history of the Jews of the Bohemian Lands, written by an international team of scholars. It offers a multifaceted account of the Jewish people in a region that has been, over the centuries, a part of the Holy Roman Empire and the Habsburg Monarchy, was constituted as the democratic Czechoslovakia in the years following the First World War, became the Nazi Protectorate of Bohemia and Moravia and later the postwar Communist state, and is today’s Czech Republic.  This ever-changing landscape provides the backdrop for a historical reinterpretation that emphasizes the rootedness of Jews in the Bohemian Lands, the intricate variety of their social, economic, and cultural relationships, their negotiations with state power, the connections that existed among Jewish communities, and the close, if often also conflictual, ties between Jews and their non-Jewish neighbors.

Prague and Beyond is written in a narrative style with a focus on several unifying themes across the periods.  These include migration and mobility; the shape of social networks; religious life and education; civic rights, citizenship, and Jewish autonomy; gender and the family; popular culture; and memory and commemorative practices.  Collectively these perspectives work to revise conventional understandings of Central Europe’s Jewish past and present, and more fully capture the diversity and multivalence of life in the Bohemian Lands.

Kateřina Čapková is Senior Researcher at the Institute of Contemporary History, Czech Academy of Sciences and teaches at New York University, Prague.

Michal Frankl is Senior Researcher at the Masaryk Institute and Archives, Czech Academy of Sciences.

Benjamin Frommer is Associate Professor of history at Northwestern University.

Ines Koeltzsch is Associate Researcher at the Masaryk Institute and Archives, Czech Academy of Sciences. 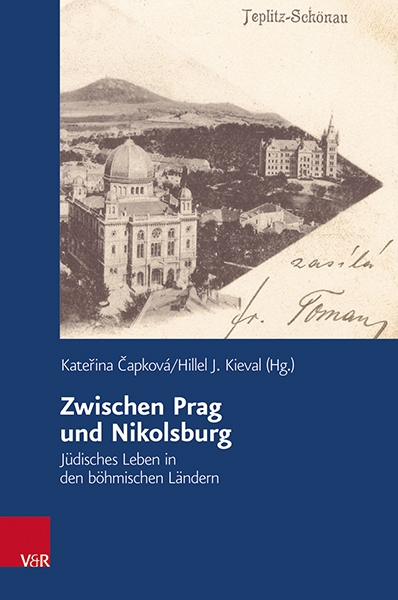