Why did coming to terms with the Holocaust start later and continued only reluctantly in Czechoslovakia? The idea that the communist regime was responsible for this as it made Holocaust a taboo subject is still persistent. Instead of this simplistic explanation Peter Hallama draws on a detailed study of sources to analyze the conditions and possibilities of Holocaust commemoration in the period between the end of the Second World War and the end of state socialism. He outlines the Jewish view of the Shoah and the activities of survivors and Jewish communities. He studies the transformations of national memory and shows that Czech nationalism, anti-Semitic stereotypes and the heroic concept of history contributed (and still contribute) to the marginalisation of the Holocaust. Hallama also shows the tensions between the history of Jewish persecution, suffering of the Czech nation, the communist resistance movement and their commemoration on the example of Terezín, a site of memory.

You can buy the book here. 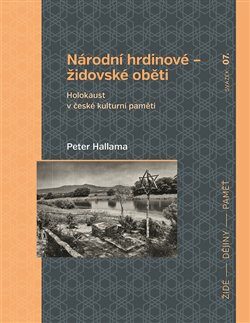