The End of War, the End of Persecution? Post-World War II Collective Anti-Jewish Violence in Slovakia

Contrary to the previous political regime of the Slovak state (1939–1945), official policy had significantly changed in the renewed Czechoslovakia after the end of World War II, but anti-Jewish sentiments and even their brachial demonstrations somewhat framed the everyday reality of Jewish survivors who were returning to their homes from liberated concentration camps or hiding places. Their attempts to reintegrate into the society where they had used to live regularly came across intolerance, hatred and social exclusion, further strengthened by antisemitic stereotypes and prejudices. Desired capitulation of Nazi Germany and its satellites resulted also in the end of systematic Jewish extermination, but it did not automatically lead to a peaceful everyday life. This paper focuses on the social dynamics between Slovak majority society and the decimated Jewish minority in the first post-World War II years and analyses some crucial factors, particular motivations and circumstances of the selected acts of collective anti-Jewish violence in Slovakia. Moreover, the typological diversity of the specific collective atrocities is discussed. 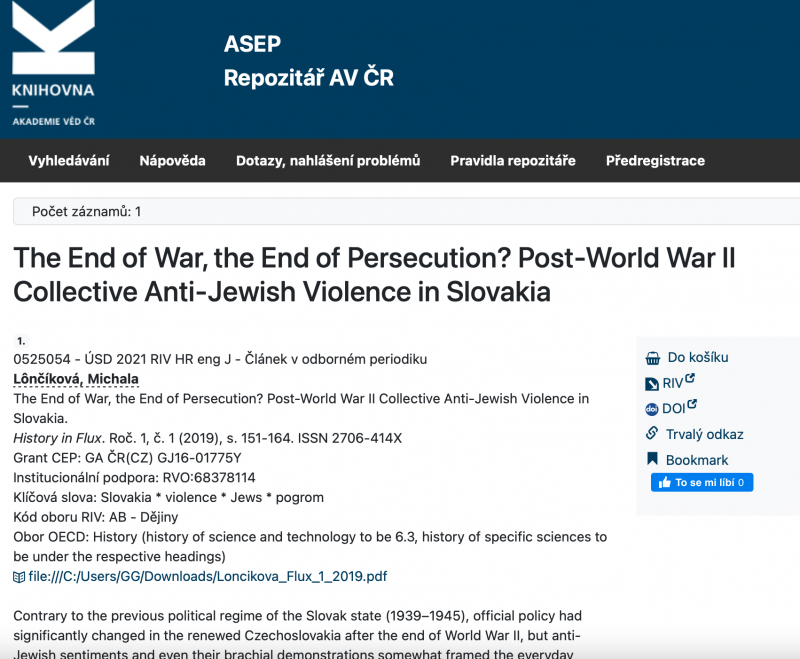