Beyond the Assimilationist Narrative: Historiography on the Jews of the Bohemian Lands and Poland after the Second World War

By comparing the historiography on postwar Jewish history in the Bohemian Lands and Poland the article is an analysis of not only the differences but also, indeed especially, the similarities between the paradigms of interpretation used in interpreting the Jewish experience in the two regions. The author argues that whereas the concept of assimilation was widely criticized and rejected for the earlier periods of Jewish history, it still dominates the works on the period after the Second World War. Consequently, the existence and experience of religious Jews have either been neglected or marginalized, and the history of Jews — who are often seen as a rather monolithic group of people — is misleadingly told as a story of linear assimilation. The author suggests alternatives to those nationalist and often pro-socialist interpretations. 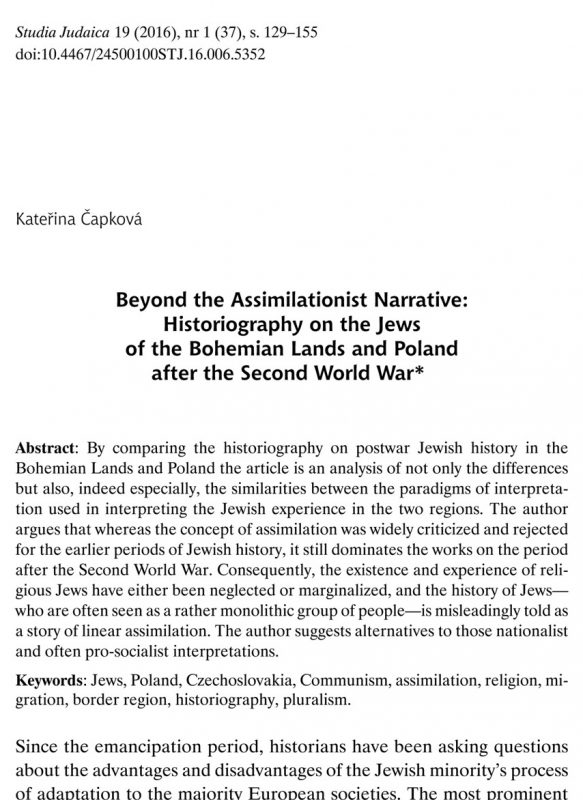