The Siberian Odyssey of Polish Jews

The great majority of Polish Jews who survived the Nazi genocide did so in the interior of the Soviet Union. For their Christian countrymen, World War II forced deportations into the heart of chilly Russia is but one episode...

Getting (Re-)Started. Jewish Livelihoods in West Germany after 1945

At the end of the war, most Jews in Germany were in no condition to provide for themselves. Some, however, immediately sought to reenter the world of work. They were driven not only by desperate material circumstances but... 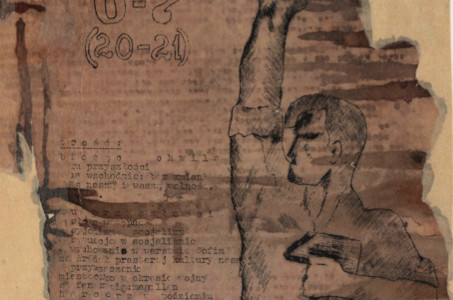 The Days of Future Past.Thinking about the Jewish Life to Come from within the Warsaw Ghetto

Jews imprisoned in the Warsaw Ghetto pondered not only how to survive the present but also in the days to come. The day of liberation was calculated on the basis of rumours, interpretations of wartime developments and Kabbalistic prophecies.

In my talk, using examples from archival, photographic and film material, I will show how remarkable and unexpected concentration of Polish Jews in former German Lower Silesia played an important role not only in the Polish...

The seminar is held in the library of CEFRES, Na Florenci 3, Prague 1 always at 5:30 p.m. The language of the seminar is English. The seminar is organized by Kateřina Čapková and Michal Frankl. Since 2018/2019 the seminar is included into the MA program of the Prague Center for Jewish Studies at the Charles University. In the academic year 2019/2020 Michal Frankl is the primary organizer of the seminar. Your suggestions of speakers should be sent to frankl@mua.cas.cz.

The colloquia are held in the library of CEFRES, Na Florenci 3, Prague 1.